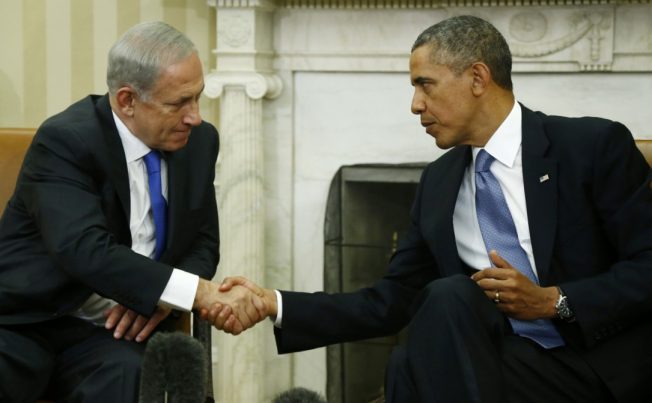 While congressional committees and investigators attempt to piece together details regarding the incidental intelligence collection, unmasking and leaking of Trump campaign and transition team officials, the disgraceful establishment media is doing all it can to undermine those efforts while casting aspersions at the Trump White House by continuing to push the false “Russia stole the election for Trump” narrative.

But not all journalists – certainly not those of us here – have bought into the circus. In fact, many of us are still doing legitimate investigative work of our own and in the process, we are coming up with bombshell after bombshell. Hopefully, some of what we uncover will help those seriously attempting to get to the bottom of what Susan Rice, Ben Rhodes and others in the Obama administration allegedly did.

One of these journalists is Lee Smith. Writing at The Tablet, Smith theorizes that the Obama regime may have abused foreign intelligence collections even before they began to focus on Team Trump. Specifically, Smith sees parallels in the so-called “Russia” story and “how the former White House smeared Israel activists in the lead-up to the Iran Deal.” (RELATED: So-Called Trump “Russia Scandal” Is An Obama Political Operation, New Evidence Proves It)

In a December 29, 2015 article, The Wall Street Journal described how the Obama administration had conducted surveillance on Israeli officials to understand how Prime Minister Benjamin Netanyahu and other Israeli officials, like Ambassador Ron Dermer, intended to fight the Iran Deal. The Journal reported that the targeting “also swept up the contents of some of their private conversations with U.S. lawmakers and American-Jewish groups.”

Even though that story was chock-full of details, many could not come to believe that the Obama administration would actually risk violating legal, ethical and historical precedent in using the National Security Agency to directly spy on American citizens.

Smith referenced an article he published in The Tablet on Dec. 31 offering his own theory about what had happened. In that piece, he opined that the White House merely made it seem as though U.S. lawmakers had been spied upon in order to ensnare opponents of the deal, and there were many.

But he recanted that theory in this latest piece, arguing instead that not only does he think the spying was real, it was done for nefarious political purposes.

“At some point, the administration weaponized the NSA’s legitimate monitoring of communications of foreign officials to stay one step ahead of domestic political opponents,” one pro-Israel political operative who was deeply involved in the day-to-day regarding the Iran deal told Smith.

“The NSA’s collections of foreigners became a means of gathering real-time intelligence on Americans engaged in perfectly legitimate political activism – activism, due to the nature of the issue, that naturally involved conversations with foreigners,” the operative said.

In other words, the Obama regime knew that some Americans – especially lawmakers – would be having conversations with Israeli and other foreign officials regarding the deal, so the former president and his national security appointees (like Rice and Rhodes) monitored and collected data on the Americans as well as the foreigners – under the guise of legitimate electronic surveillance.

“We began to notice the White House was responding immediately, sometimes within 24 hours, to specific conversations we were having,” the pro-Israel operative told Smith. “At first, we thought it was a coincidence being amplified by our own paranoia. After a while, it simply became our working assumption that we were being spied on.”

So legitimate surveillance became the platform for the illegitimate gathering of information on Americans, to be used for political purposes by a White House hell-bent on shoving through an Iran deal that few believed was in the United States’ best interests. (RELATED: Obama regime’s weaponization of surveillance against political enemies shows how Democrats naturally lean towards tyranny)

Once you understand how this may have worked, it becomes easier to comprehend why and how we keep being fed daily treats of Trump’s nefarious Russia ties. The issue this time isn’t Israel, but Russia, yet the basic contours may very well be the same.

The Obama regime, he goes on to explain, used every twist and loophole available to ensure that any intelligence collected came from legitimate foreign surveillance – just like in the Trump case. And just like in the case of Trump, what would happen if a U.S. lawmaker’s conversation with Israeli officials were leaked to a friendly reporter, and that lawmaker was portrayed as betraying his or her constituents?

There can be no doubt that Obama national security functionaries like Rice and Rhodes were also running political operations within the White House, and most likely with Obama’s permission and blessing.